There are very few things that would get me talking about Christmas in October, but Wendy Clarke’s new book of short stories is one of them. Silent Night, (published on 10th October) is her third collection, and it’s a full-on festive feast.

I’ve known Wendy from the beginning of her writing career, and you’ll find one of her earlier anthologies, The Last Rose, features on my Reviews page. She’s done not one, but two things, which are often considered nigh-on impossible in the fiction world: to break into the highly competitive women’s magazine market – and then carve out a very successful career in it.

Since 2012, Wendy has placed more than two-hundred stories in magazines such as The People’s Friend, Women’s Weekly and Take A Break’s Fiction Feast. She started writing via an online course and says: ‘After the course finished I was left feeling bereft – I’d got used to writing a piece a week and wanted to carry on. It was my tutor (my claim to fame: that was me!) who suggested I try sending my stories to women’s magazines. Three months later, I had my first sale!’

In Silent Night, Wendy has brought together a selection of her best Christmas-themed stories. So, if you’re a regular magazine reader, you’ll know you’re in for a treat, and if you’re not, well, you might just be converted! What impressed me, is the sheer variety of the stories: from poignant family challenges, to budding – or thwarted – romances, to unexpected friendships, all are told with skill, sensitivity and, where appropriate, a welcome dash of humour. Wendy’s characters are engaging, their situations realistic, and there’s always a note of optimism. What more could you want for a satisfying winter read?

Does Wendy herself have a favourite? If pushed, she’ll settle on Project Christmas, the opening story: ‘Written from the point of view of a young dad whose recently lost his wife and wants to make Christmas Day special but is finding it hard. Although the theme is loss, it’s a story of love and hope, too.’

Silent Night is available now as a paperback (£4.99) and an eBook (£1.99) at:  Silent Night Christmas Story Collection

For more information on WriteRight’s course 'Writing Shorts', introducing you to short fiction, click on Services in the tab bar. 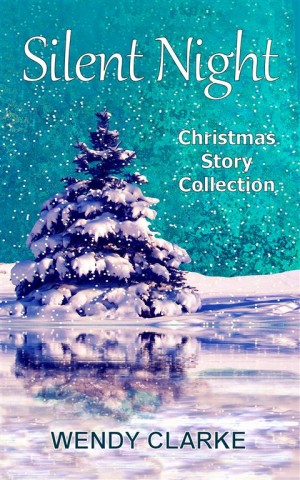 Thank you so much for having me as a guest on your lovely blog, Anne.

0 Cancel Reply
Thank you so much for having me as a guest on your lovely blog, Anne.
Cancel Update Comment