From Writer To Editor - Kendra Olson

Writers and editors may share a love of words but one does not necessarily make the other.  For every author who loves editing, I'll show you three or four who shudder at the thought, and even those in the 'love' camp - especially those - soon realise that's it nigh on impossible to edit their own work.

So how, and why, does a successful author make that jump to professional editing? This month, I'm delighted to have a guest post from Kendra Olson, talking about exactly that - and she's been (over) kind about how I've shared that journey with her... 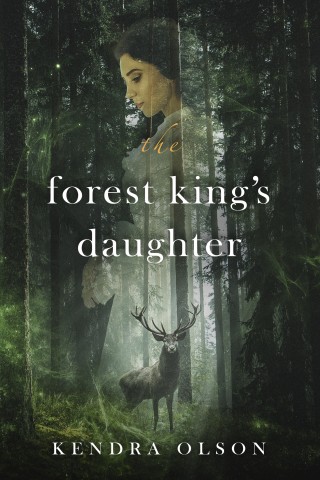 My novel, The Forest King’s Daughter, was published by Pilrig Press in 2015. But actually writing the novel was just one step in my journey to publication. Being a new writer, I needed additional input to make the book the best it could be.

Having written much of the novel under Anne’s guidance during my time at writingclasses.co.uk, an online creative writing school run by Marianne Wheelaghan, I decided to approach her for advice—I knew that Anne also ran an editing consultancy, writeright.co.uk. Her feedback on my class assignments had always been insightful, encouraging and considerate, inspiring me to delve deeper into my stories and characters. Who better to assist me with my novel?

When I got in touch with Anne, she told me that she’d be happy to take a look at it and let me know what she thought it needed. Grateful, I sent the manuscript off to her and anxiously awaited her response.

About a week later, it came. Anne said that the story was well written and structured but could benefit from a few changes to make it even stronger. There were scenes which could be added or expanded upon and characters who needed a little more development. Additionally, some of the detail was inconsistent and there were places where the writing style could be strengthened.

Having never undergone editing before, I had no idea what to expect. First, I was taken aback—were there really weak spots in my story? Then, once I paused to consider her advice, I was relieved, and pleasantly surprised. All of her points made perfect sense—why hadn’t I thought of that? Of course, I was too close to the work to see these areas, let alone to understand how to improve them.

We discussed the changes and agreed on an editorial package and price. I would make the substantive changes then return it to Anne for copyediting and then proofreading. I’d already learned a huge amount about my writing process and where my weak areas lay, but there was more.

When I received Anne’s copyedit back, she’d highlighted areas where I tended to overuse certain words, and places where I fell back on the conditional tense, thereby making the writing feel less immediate. While I understood the conditional, I’d not been aware of the extent to which I’d been using it in my writing. I was grateful she’d brought these issues to my attention—not only did it make my book better, but my writing as well.

Once the manuscript was ready, I began sending it out to literary agents. After several rounds of rejection I sent the novel to Pilrig Press, a small publisher based in Edinburgh. They accepted the novel and agreed to publish it—success at last! It was clear to me that the rounds of editing had paid off. I now had a publishing deal, and a much better book as a result of it.

Seeing my own writing go from a few scrawled ideas on a page to a published novel was immensely satisfying. Might there be a way I could support others to feel this same sense of satisfaction? My goal was to find a way to work in a writing-related field. Perhaps someday I could help other writers, as Anne (and others) had helped me.

To prepare for this, I did an MLitt in Creative Writing through the University of Glasgow. In addition to the workshops and literary discussion, there was also a module in Editing and Publication. Gaining a deeper understanding of what made for an effective and satisfying story, and figuring out what it took to get there, was a valuable learning experience. While I enjoyed all aspects of the degree, I discovered that my strengths lay in literary analysis and critiquing.

When I graduated, I looked for ways to practice my skills and to merge them with my desire to assist other writers. Eventually I settled on opening my own editing consultancy, specialising in developmental editing, also known as story craft editing.

As an editor, my aim is to guide and inspire newer writers. As someone who’s been on the other side of the “red pen” I understand what the editing process feels like from the author’s perspective. If I’m able to help other authors craft a strong and compelling story then I’ll feel very successful indeed.

Kendra Olson is the author of The Forest King’s Daughter: https://www.amazon.co.uk/Forest-Kings-Daughter-Kendra-Olson-ebook/dp/B00UBTSNBI/

Her editing consultancy is based at: https://kendraolsoneditorial.com/

Last month I wrote about three inspirational women, which has, of course, led me to think about how many more - Kendra included - I could highlight. One more person whom I'd like to mention especially is Alison Daughtrey-Drew.

Ali is someone I met online when I was relaunching A Blonde Bengali Wife. She helped, mentored, and promoted me and the book, and without her, then and now, life just wouldn't be quite as bright. Ali isn't very well (vast, vast understatement) and yet she's always there for everyone in my book world, and I'm sure, for everyone in her 'real' world - read exactly why she's a Dragon-Slayer here: https://cancersuckscouk.ipage.com

So, Ali, this post, from Kendra and I, is dedicated to you.

Thanks so much for having me, Anne, and for all of your help with everything. x

0 Cancel Reply
Thanks so much for having me, Anne, and for all of your help with everything. x
Cancel Update Comment