A Hundred Years (Or More) Of Reading

I’ve long been aware that my nine year thinks I’m ancient, but today his attempt to be more specific was, ‘You were born in the old days, weren’t you, mum, between dinosaurs and World War Two?’

My first school photograph, aged five, and a quick look-up of my 1970s village primary school went some way in convincing him I didn’t carry a gas mask and live in a cave.

It came about at bedtime when I was reading aloud our nightly extract from The Borrowers – carried over from school; his teacher reads daily to the class – and mentioned I’d read the book at his age, but found it quite tricky to read out loud (complex sentence structures, mostly) and he agreed that Miss Ford read it better (Miss Ford does everything better, and she’s got two horses; she’s genuinely amazing).

‘Did your teacher read it to you?’ he asked.

I couldn’t remember – probably due to my ancientness – but told him the only book I recalled being read was The Turbulent Term of Tyke Tiler. 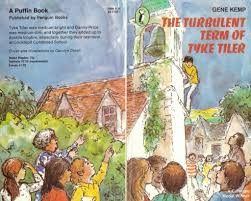 ‘Was it that good?’ he wanted to know. ‘Mum, why are you laughing?’

I confessed that in school, we turned our chairs to the teacher when she read, and my friends (there were four of us) alternated two in front and two behind. It was the job of the two behind to poke, prod and tickle – invisibly – the two in front, who had to sit still and not squirm, giggle or otherwise give the game away. The reason I remembered Tyke Tiler was that it was funny enough for us to get away with roaring with laughter, ostensibly at the story, not the tickling. We often marvelled that the teacher didn’t notice. Now, I’m sure she did and we were very annoying; she was just picking her battles…

It’s a silly memory, but one that never fails to cheer me up still. This time, I went and dug out an old copy of the book, and we’re adding that to our TBR pile (not sure if I’ve set the humour barrier too high) and it made me think about the other books I’d read; which ones have stood the test of time, and how stories have changed in the last forty-odd years. The nine year old loved The Faraway Tree, tolerates Pippi Longstocking, is bored by the Bagthorpe Saga (which is really grounds to disown him) and in two minds about The Dark Is Rising series. 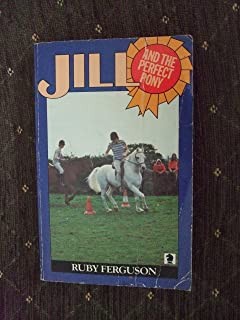 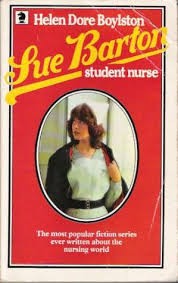 Back then, we had a mobile library van that called once a week (not to be confused with the fish and chip van that did the same; I longed for them to coincide – heaven!) and a ‘proper’ library in the next, bigger village. There, the librarian we called Mrs Scary, heavily policed our choices, and the younger end of Judy Blume was about as racy as we could get away with.

Dog-eared and dilapidated now, I managed to locate a few other favourites and I’ve had a great couple of weeks re-reading them. Dated they may be, but oh, to magically speak three languages and have Kaffe und Kuchen with Jo Bettany at the Chalet School; ride two ponies like Jill Crewe; be a mystery-magnet like Nancy Drew; or a Sue Barton-style nurse. As for the timeless, Rebecca, that was the first 'adult' book I read.

Just to see the covers here reminds me where I was and what life was like when I first read each of them; all the infinite possibilities in that distant world of being a grown-up…and of course, that rose-tinted nostalgia is now half the charm. 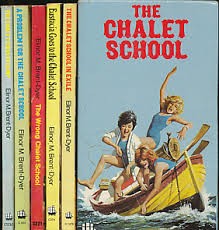 Reading then, and now, opens up whole other worlds. That’s something that, after ten weeks locked-in together, the nine year old and I still agree on. Oh, and he’s promised to read aloud to me – when I’m too old to see properly. That’s going to be, he tells me, probably the same time as I’ll need a walking stick. When he’s eighteen.

Livres et Lockdown
Letter to a woman I (am supposed to miss) during l...